David Platts’s visual association of an egg and a rainbow, for all its strangeness, so swiftly suggests potency to the mind that it is difficult to understand why it has not been made before. His pastels, at the Vision Gallery, Sheffield (until December 24), very simply, clearly, and purely explore the organic or inorganic dynamics of the two phenomena. Out of darkness, the rainbow extends its arch while the crack in the egg gapes apart. As the series continues, the light intensifies and the egg-shell opens until, finally, the sunbursts through, clouds and the shell halves fall asunder. Unity is sustained by a delicate, iridescent colouring throughout light and form. The last painting in particular, has such dramatic intensity that it startles while it illuminates. 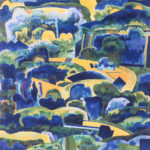 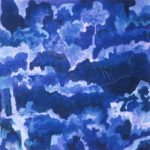 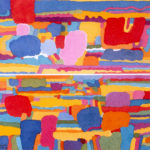